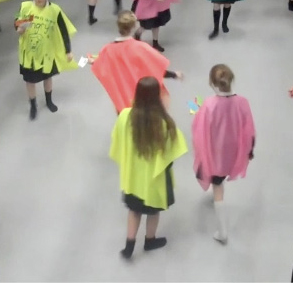 As lead artist on the Weatherhead/Fact Flunstellas project, I had taken the decision that for the installation in the Fact Atrium we would create a constellation of giant 3D papercraft versions of the Flunstella shapes the girls had designed earlier on in the project. I simplified their shapes in Blender, so that the girls could turn them  into papercraft nets using Pepakura. These nets were printed on huge sheets of card & built by a team of artists at Fact, but for the constellation to mean something the young people had to decide which Fluntsellas would go where and why. The group had already explored creating Constellations of Flunstellas using a Balloonascope (for a guide to this activity click here), and so were familiar with the idea of relating ideas and emotions in space in relation to characters.

For the composition of Charlies Constellation, we asked them to use movement of their bodies in space, to represent where they thought Charlies various Flunstellas should go.

Preparing Behavior Scripts
Earlier in the project the young people sculpted different shapes to represent different types of Flunstellas.
They imagined what the characters in their classroom drama might be thinking and feeling and wrote ideas, memories and emotions and attached them to the shapes. Before we went to the dance studio, the young people used Knex to attach information onto their shapes, describing which other Flunstellas theirs was associated with, and how it would behave when it was nearby them. 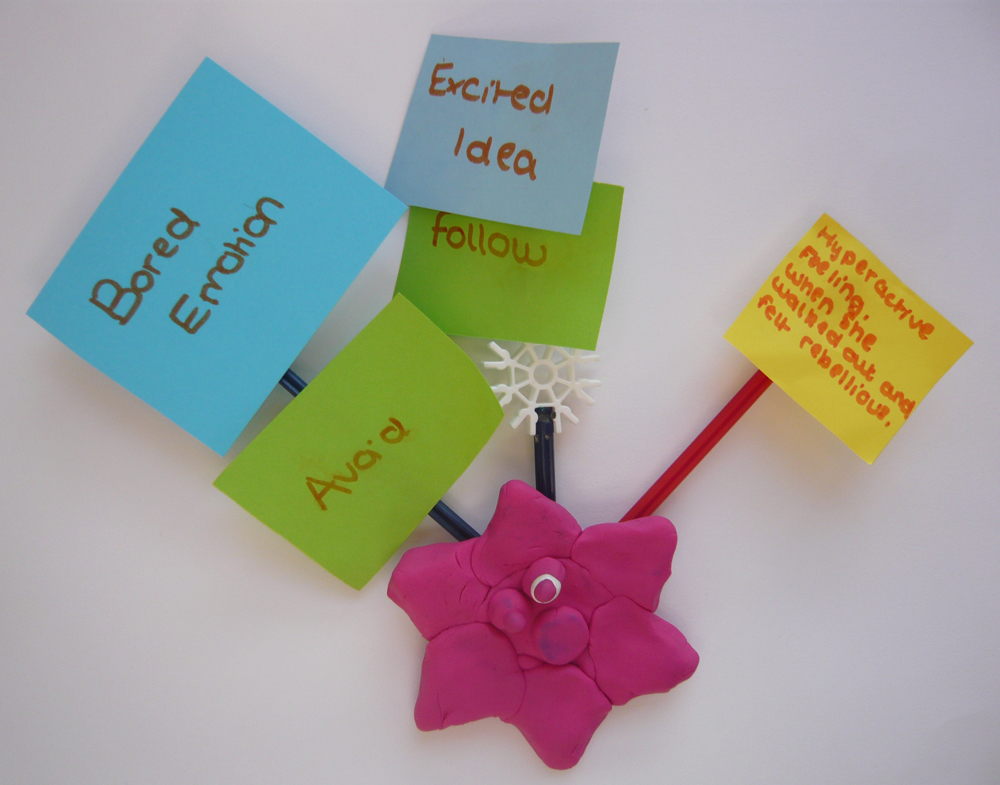 The Dance Studio
We took the group to the school dance studio so that they could each take on the role of one of Charlies Flunstellas. They performed a series of movement based ‘People Flocking’ activities, responding to behavior scripts they had written to describe how the Flunstella they were playing might behave when they get close to various other Flunstellas. Becky stood in the middle of the room playing the role of ‘Charlie’, the girl who the Flunstellas (played by the rest of the group) belonged to. 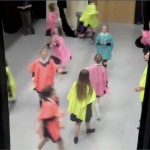 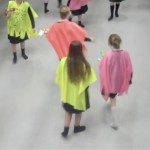 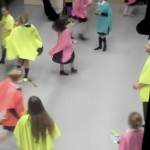 Becky would indicate to the rest of the group when to start moving around the space in relation to one another, by clapping once. When Becky felt like the girls were in interesting positions, she would clap again and they would ‘freeze frame’ exactly where they were stood.
Each girl in the group would then decide how high or low their Flunstellas should be, the higher up it is the more positive it is, the lower down it is the more negative it is. 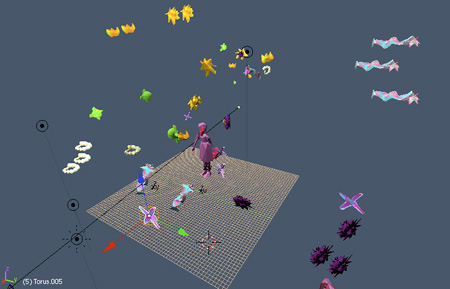 We discussed the composition with the rest of the group, and after a couple of tries we arrived at a composition that most of the group felt happy with.
I made a 3D sketch of the constellation using Blender, giving the girls a chance to adjust and negotiate where they wanted Charlies various Flunstellas to be positioned in space.

How to make constellations of thoughts in shops